These are SOOOO good, and they make your house smell like a Cinnabon while they are baking. (Cinnabon is, I'm quite certain, a registered trademark. I am not claiming these are the Cinnabon recipe. But two different people told me they were better)

In the bread machine, run these ingredients on the dough setting (the second time I made these, I actually set the dough cycle to run right before going to bed, and didn't die because there was milk in the recipe. On the other hand, we keep our house in the mid 50's overnight during the winter nights, so take that into consideration if you try it in the African heat):

When finished, punch dough down and transfer to board: 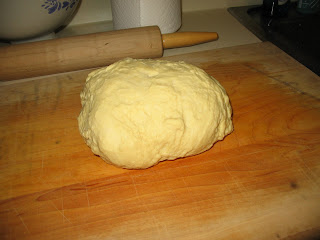 Very lightly flour, and roll/stretch out, then brush w/ 1/4 cup butter, melted (or spread if you thought ahead enough to have some very spreadable): 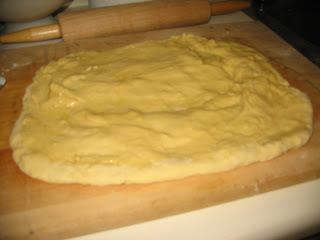 Combine 1 cup brown sugar with 1 Tablespoon cinnamon. (GOOD cinnamon. Not been in your cabinet since Reagan was president cinnamon) If the smell isn't incredible when you open the container, don't bother making this recipe) 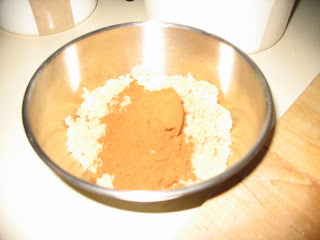 Sprinkle the cinnamon sugar mixture on all but the far edge (make sure to cover all the way to the edge of the other three sides): 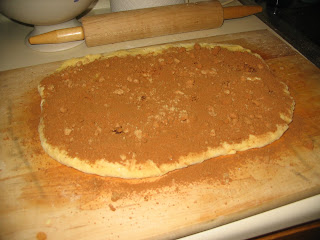 Roll it up. To do this, start by turning the closest edge over once, then run your hands down to finish that "crease", stretching the dough to the sides a bit as you go, and keep rolling. Sprinkle a bit of water on the very edge to help the dough seal to dough to close the roll. 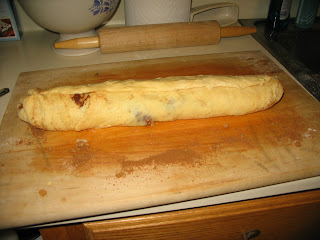 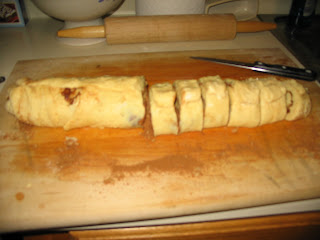 Place in a 13 x 9 pan, which you already greased. Turn the oven to 400 degrees. Cover the buns with a cloth just dampened with warm water, and allow them to rise, about 30 minutes. 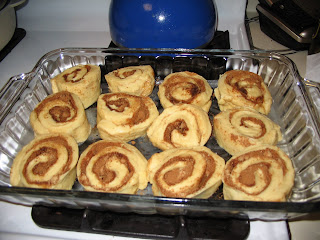 Meanwhile, in another part of the kitchen, put 1/2 brick of cream cheese (4 oz) with half a stick of butter into the merry go round with 1 1/2 cups powdered sugar and some vanilla (I actually used vanilla paste): 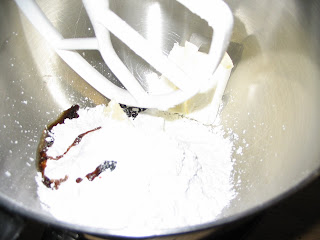 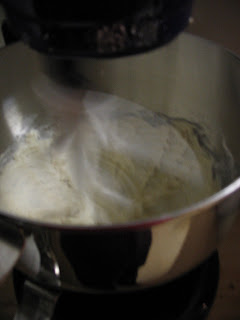 Bake the buns for about 20 minutes - until they are light brown on top: 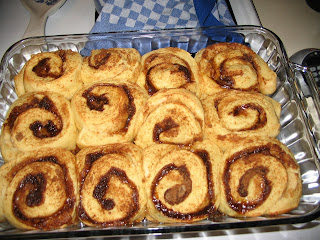 Immediately after removing from the oven, spread with the frosting, so it gets ooey gooey melty on top: 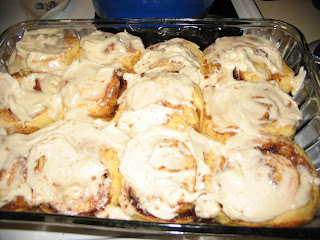 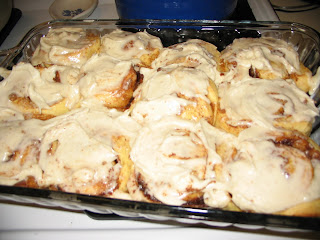 By the way - did you know sticky buns, a regional favorite in Philadelphia are made almost the same way, but omitting the cream cheese frosting? You would just put a brown sugar (1 cup)/butter (half stick)/pecan (1 cup, chopped) or raisins mixture on the BOTTOM of the pan before allowing the buns to rise. They come out of the oven, you immediately flip them out of the pan so the gooey mixture on the bottom becomes the topping. If I was making sticky buns I would have used two 9" cake pans instead of one 13x9, for easier flipping.
Posted by mrsw at 9:59 PM

These cinnamon buns look fantastic! I, too, use an egg-bread recipe. The flavor is so much richer, isn't it?!

I've never tried the cream cheese in the icing. Will do this next time I make them - may need to go to my pastor's house and borrow their oven for the occasion :)

I've been searching for a good recipe to take to a potluck and I think this just might fit the bill! Thanks for sharing =)

Oh be still my heart!
Can I come over next time you flip those puppies out to be eaten?

Yes can I come over too. I'll bring coffee.

Oh Yummy!! I'm definitely going to have to try these!

These look absolutely wonderful. I've been looking for a cinnamon bun recipe to try. Thanks for sharing!


We bumped into your blog and we really liked it - great recipes YUM YUM.
We would like to add it to the Petitchef.com.

We would be delighted if you could add your blog to Petitchef so that our users can, as us,
enjoy your recipes.

Petitchef is a french based Cooking recipes Portal. Several hundred Blogs are already members
and benefit from their exposure on Petitchef.com.

To add your site to the Petitchef family you can use http://en.petitchef.com/?obj=front&action=site_ajout_form or just go to Petitchef.com and click on "Add your site"

These are fantastic! The cream cheese icing just makes them even more delicious. Great post and photos. Thanks for sharing. I'd love to invite you to join me at diningwithdebbie.blogspot.com for Crock Pot Wednesday.

yum! I've wanted to try making these for so long but keep find excuses not to - oh but now that I see your pictures I definitely want one! :)

Congrats on the foodie blogroll!